So I was headed to Albuquerque today to attend the sealing of an older couple from my Mormon congregation. In their case, as a couple married for decades, this amounts to a renewal of vows in a Mormon context. It was sweet.

I did not plan to stay in Albuquerque long (that tends to result in money being spent, and we’re trying to save for a new bathroom) but I did take the new camera and tried it out taking some photographs of the eastern escarpment of Santa Ana Mesa.

First, some telephoto shots, one using the tripod and one hand-held. (Click for full resolution.) 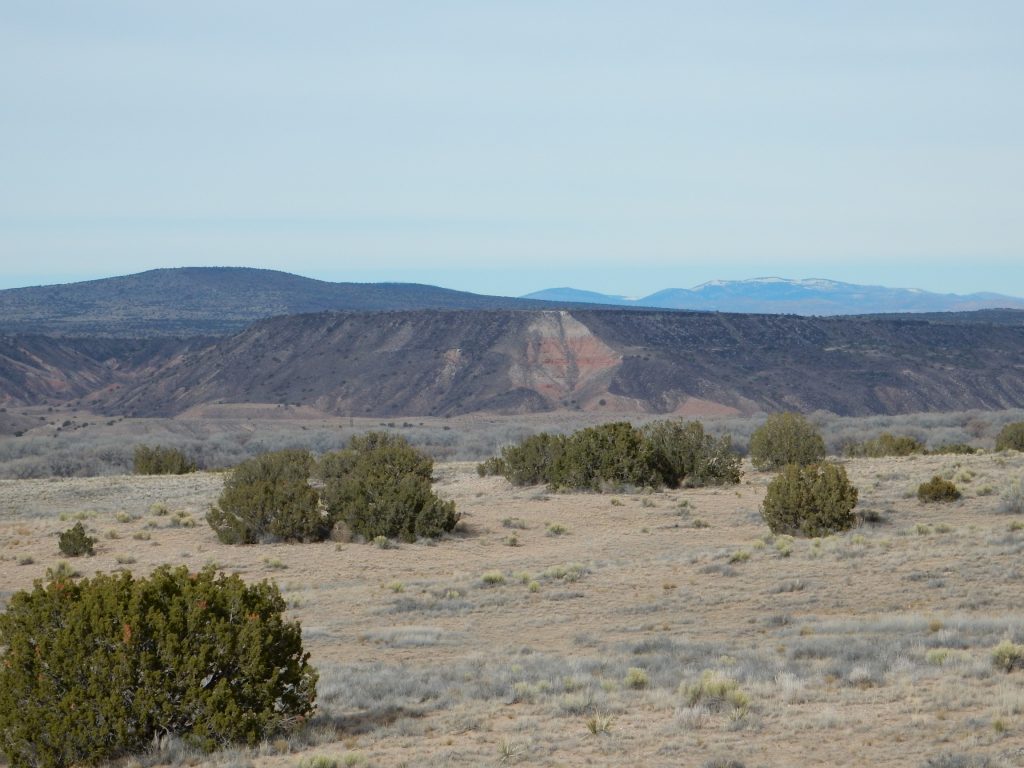 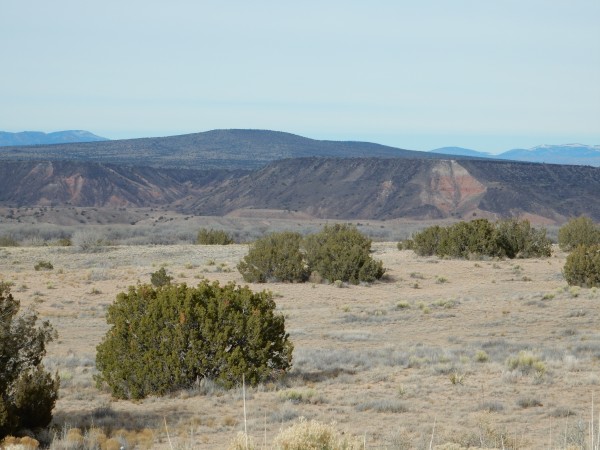 Well, okay, not full resolution; the full resolution images are so large they exceed the upload size limit for this site. I compressed by a factor of two. Still. I can’t see any difference in quality between the images, except that the tripod image (first image) isn’t centered as well. So I think it’s probably not worth using a tripod for most ordinary landscape images; the vibration correction is good enough that it isn’t necessary in decent light.

I am impressed with the quality of the telephoto. The zoom here is not quite a factor of two, but there is no significant loss of image quality over the unzoomed image, as near as I can tell. This was not true of the Wonder Camera (“I wonder how quickly the batteries will die this time…”) which lost image quality roughly in proportion to the amount of zoom, so that there was almost never any point using the zoom; you did as well to crop and scale up the picture. I doubt this remains true if one goes beyond the optical zoom into the digital zoom range, but then the digital zoom on the old camera was just dreadful.

Now for panorama shots, one hand-held and one with the tripod. The hand-held is from Christmas Day; I didn’t think to try a hand-held zoom today.

Again, I’m not seeing much difference in quality between tripod and handheld panorama.

Here’s one of my old pans of the same mesa (albeit from a different direction in better light) as the bottom photo:

Of course, you can see that the old pan is stitched together from individual exposures, which do not quite match at the boundaries. On the other hand, the pan feature loses about a third of the normal resolution; the stitched shots are at full resolution. However, the pan shot is compressed such that there is little obvious resolution lost at the pixel level. Instead, the pan shot is at a smaller scale. Kind of a toss-up. I imagine I’ll take all my future pans using this feature, but I’m not going to throw out all my stitched pans just yet.

My first crack at a close-up of a mineral sample: 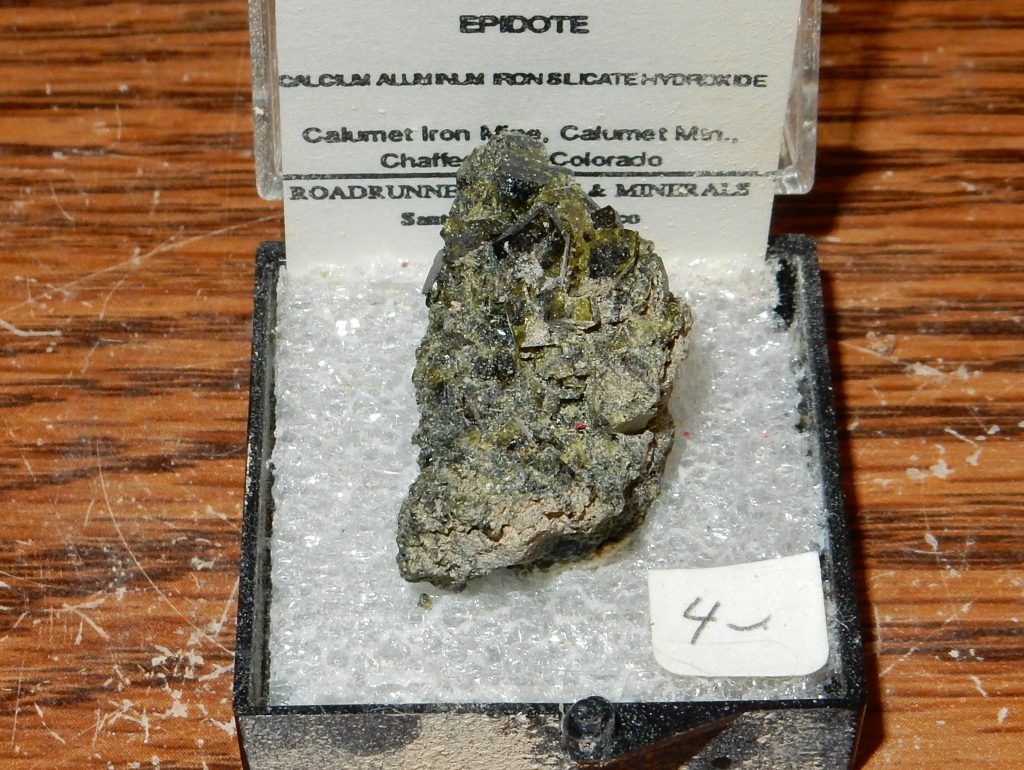 This one I cropped to make it small enough to upload without losing any resolution. Not too shabby.

Verdict: I’m liking this camera. It doesn’t work miracles but it has some definite advantages, including the fact that the images are all automatically tagged with a GPS location that appears to be spot-on. As in, within three feet of where I think I was when I took the picture.