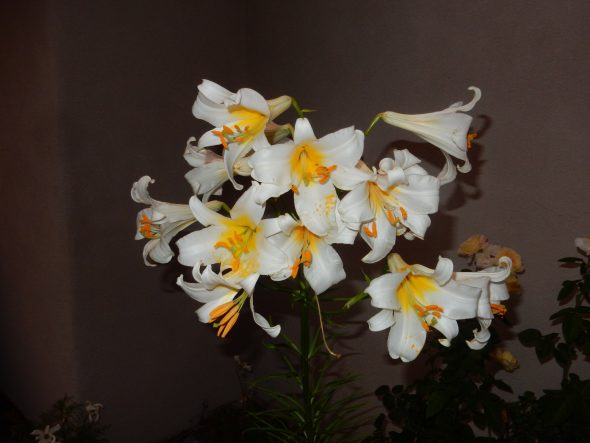 Among my many interests is gardening, though I haven’t indulged in it much over the last few years. Los Alamos turns out to be a challenging place to garden in; water is expensive, the climate is hot, and the soil can be very, very rock. Still: 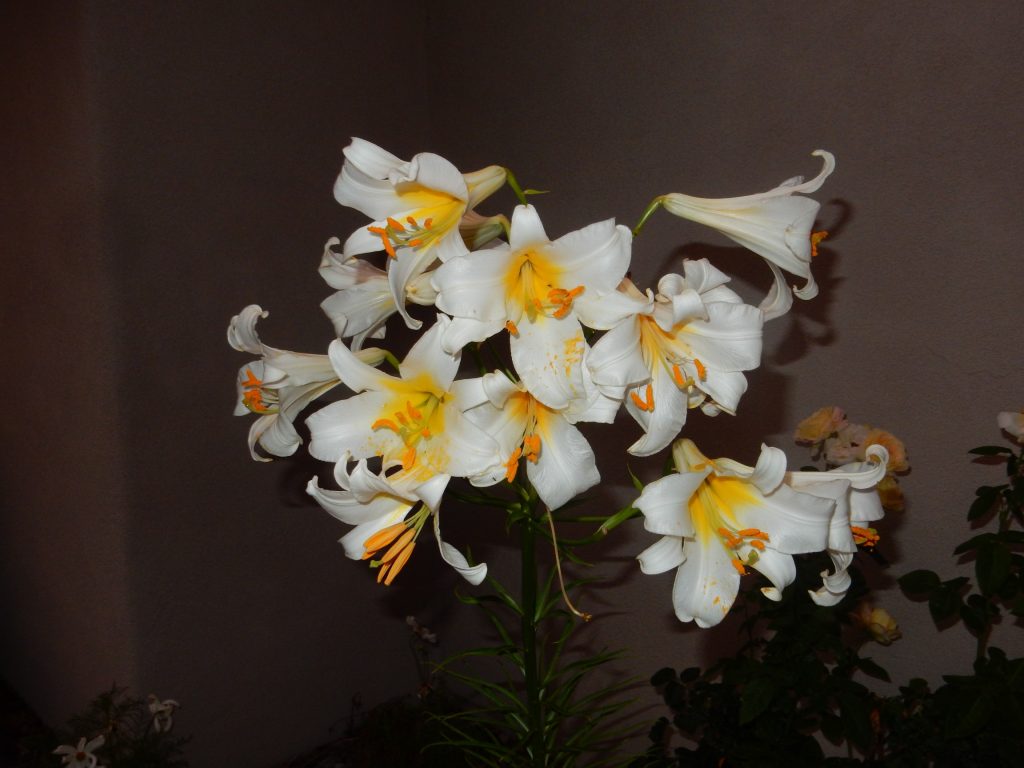 Lilium, but I don’t know precisely which species; very likely a hybrid. The bulbs seem perfectly hardy in our climate, but the stem invariable emerges from the ground in the spring much too early — it has no resistance to frost and gets clobbered, almost every year. This year I took some pains to protect it, including putting a water-filled frost barrier around it and putting a cage around it I could cover with a blanket. Seems to have paid off; the main shoot grew to eye level for me (and I’m not a short man) and then produced this profusion of blossoms. I took this in early evening, while I was thinking about it, but found I needed the flash.

I had some fun Thursday morning which, if you follow things astronomical, you will recognize as the summer solstice in the northern hemisphere. My wive inveigled me into giving a very short talk on the solstice to the Activity Days Girls at church. This is a program for girls aged 8 to 11 that is vaguely like Brownies, but more religiously oriented. 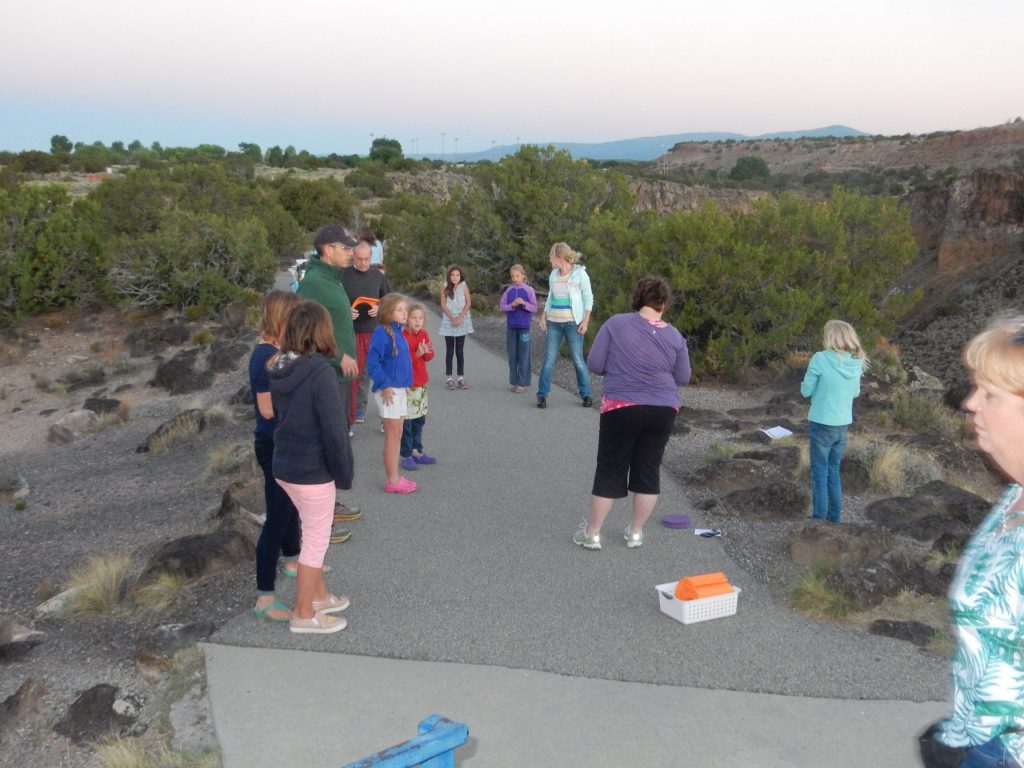 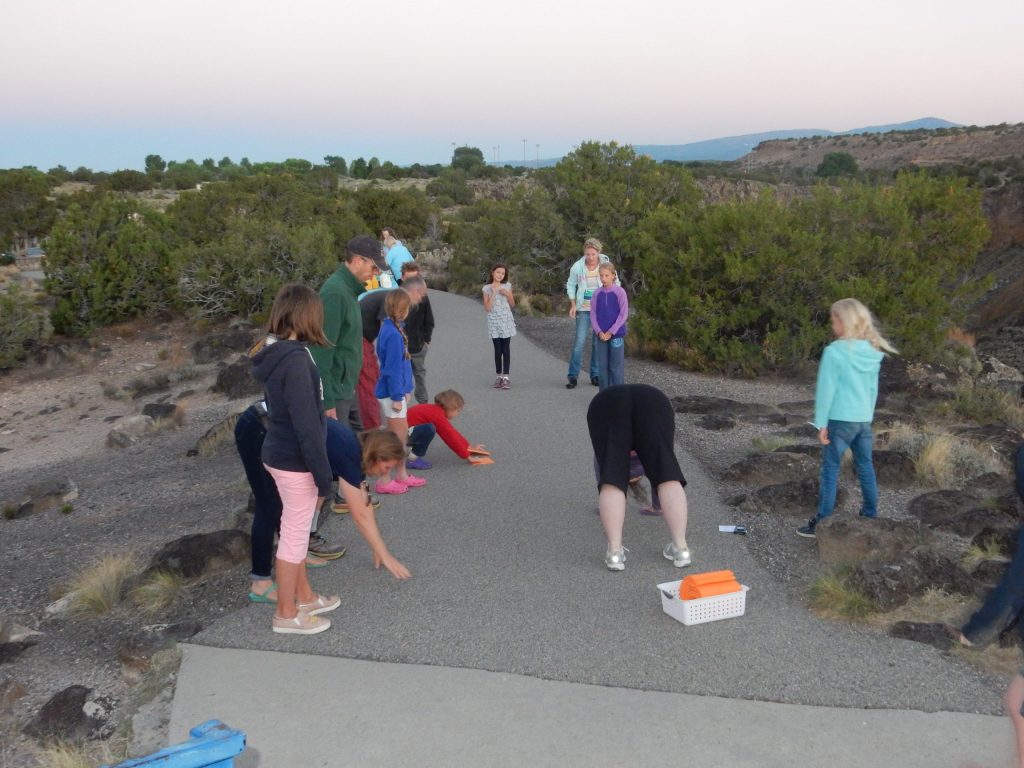 That’s Cindy at right in the first photo. At about this point, it occurred to me to switch to the dawn/dusk setting on the Wandercamera. 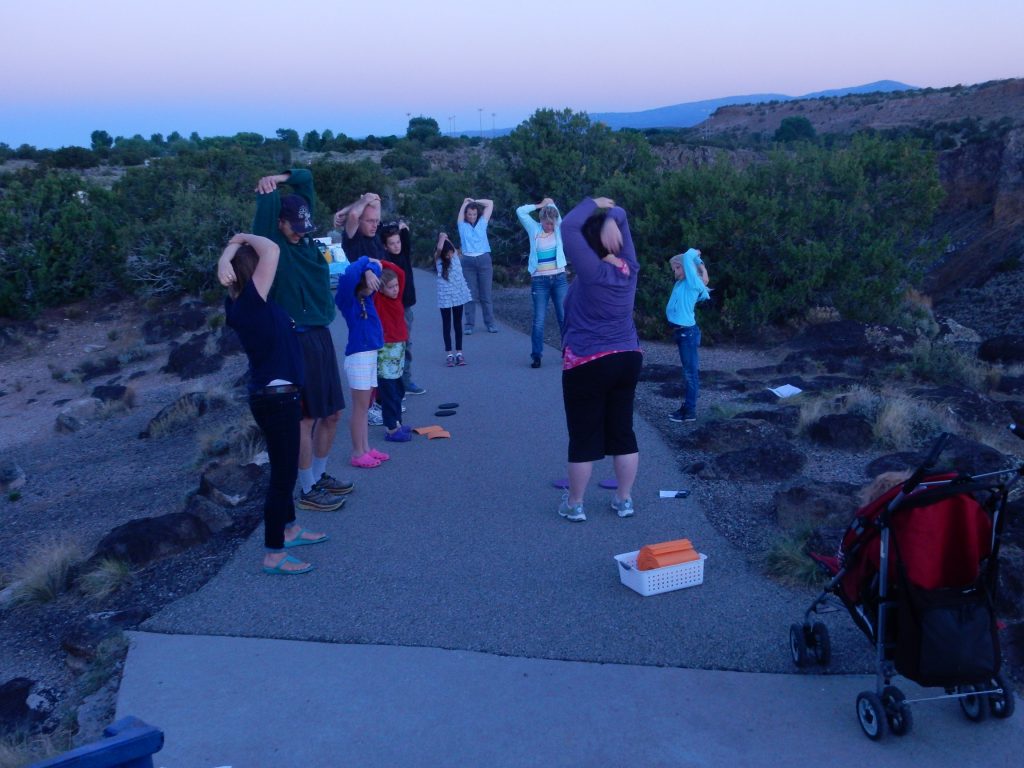 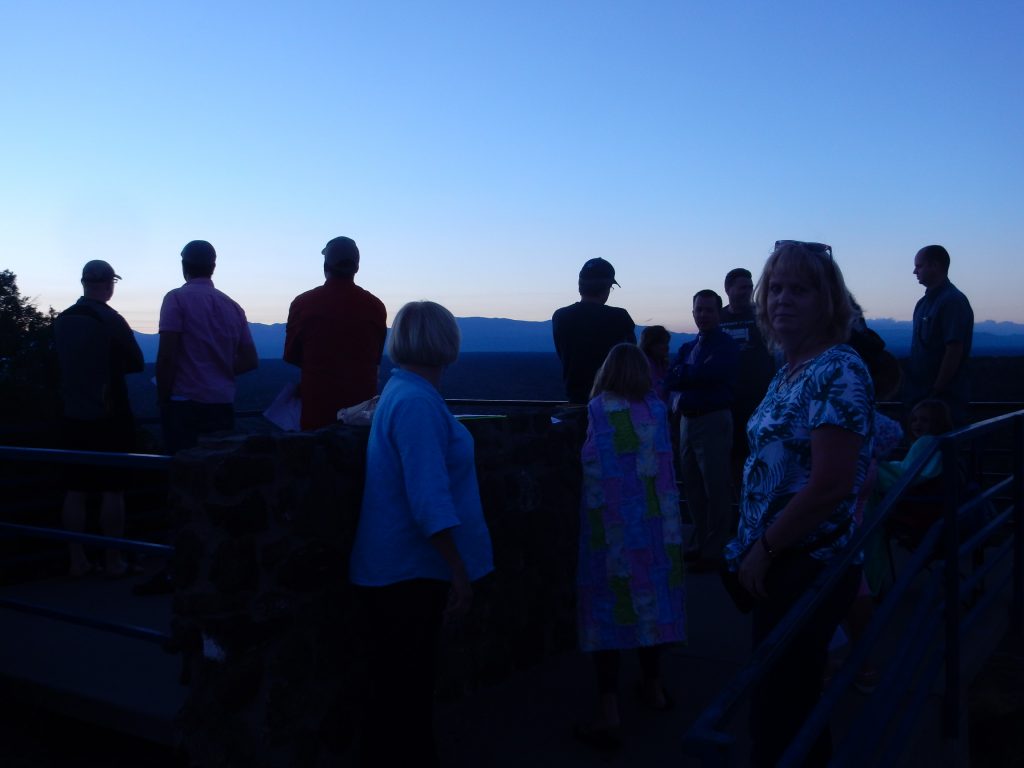 That’s Cindy again giving me the hairy eyeball at right. At center is Rebecca Stradling, who is delighted to loan me Gary Stradling for weekend wanderlusting expeditions when he’s in town. (Lately he’s been much preoccupied with very understandable family duties.)

And, no, those are not 11-year-old girls manning the rail (Not mostly.) It’s their fathers, who were invited to join the fun. 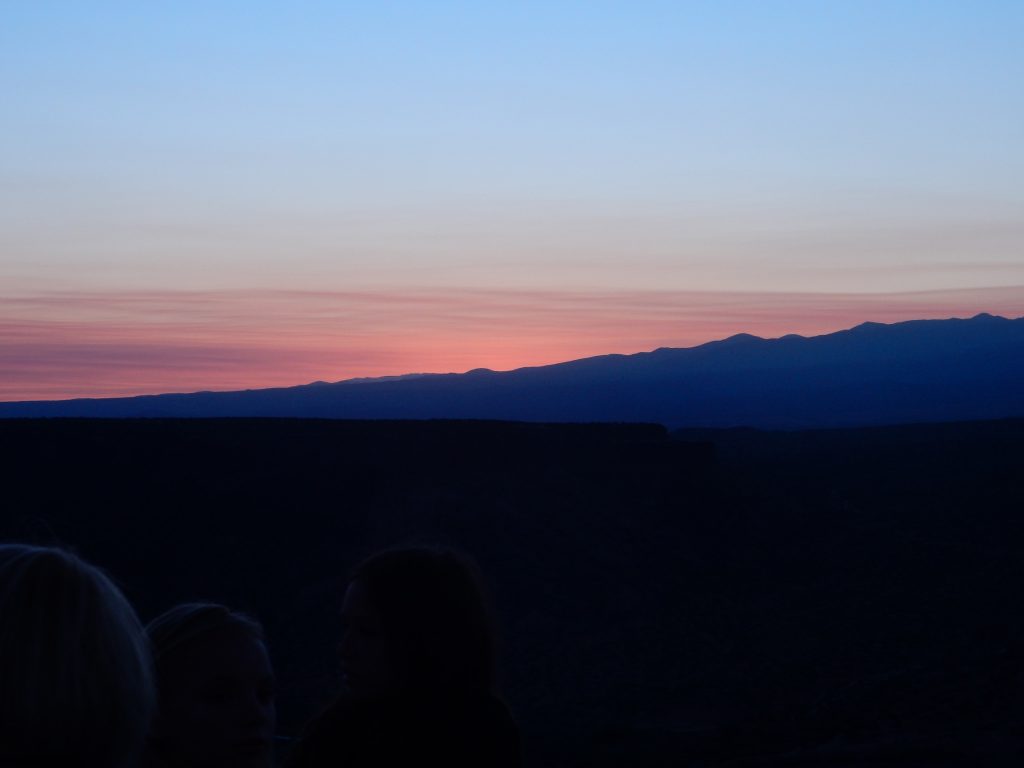 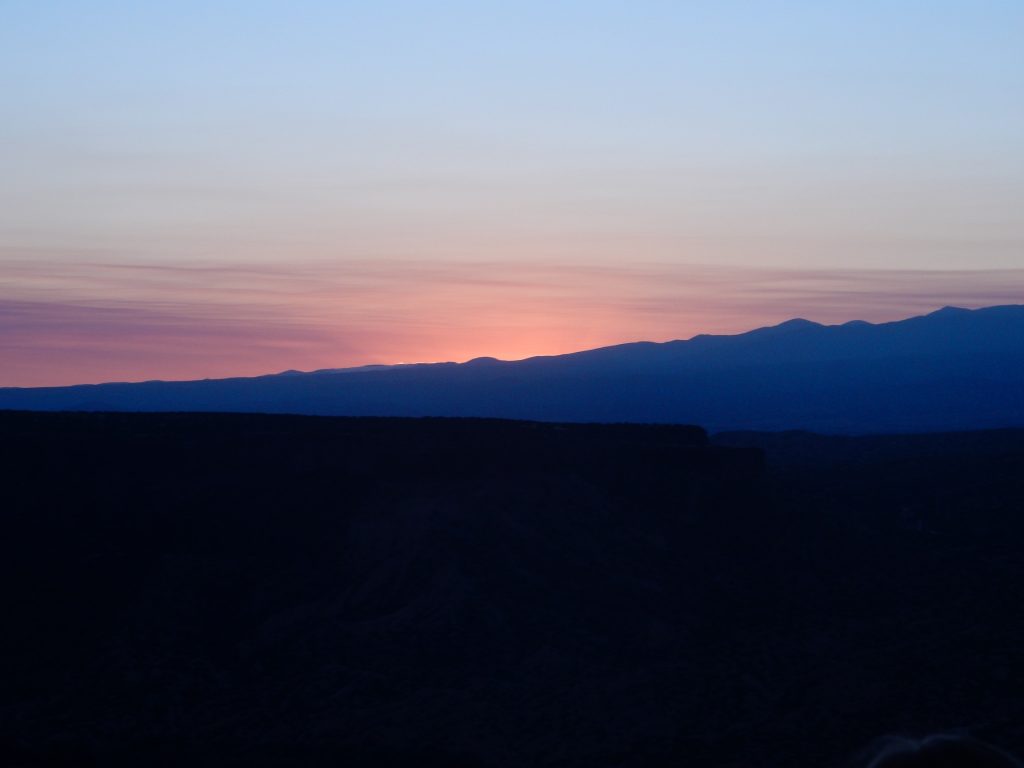 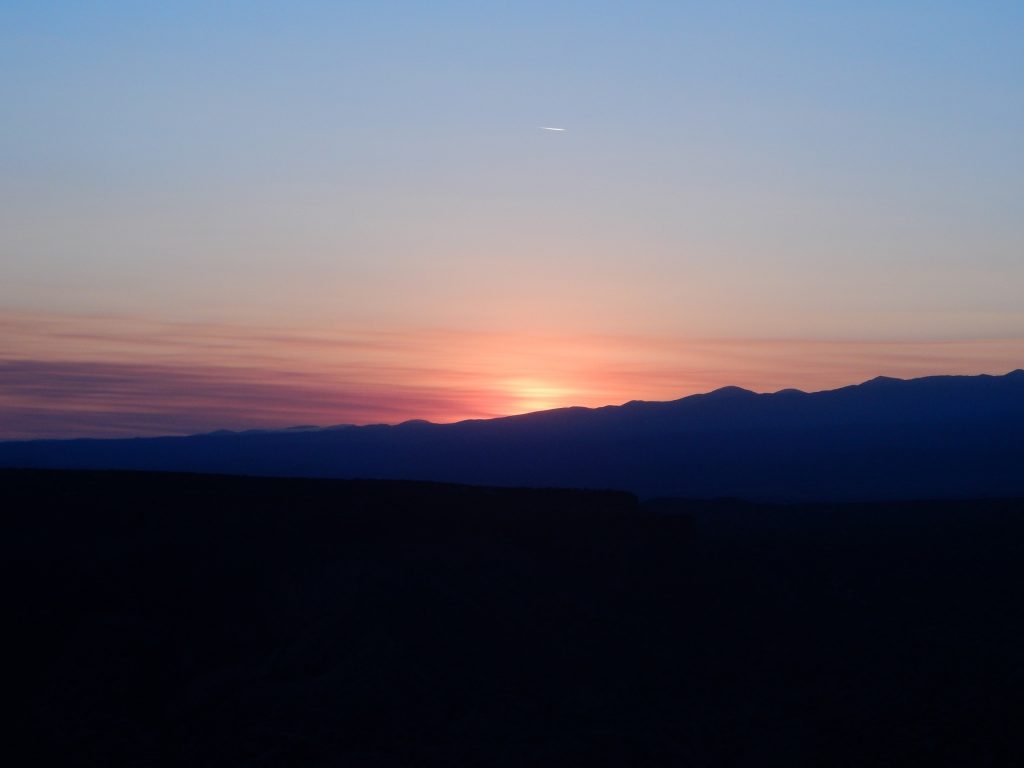 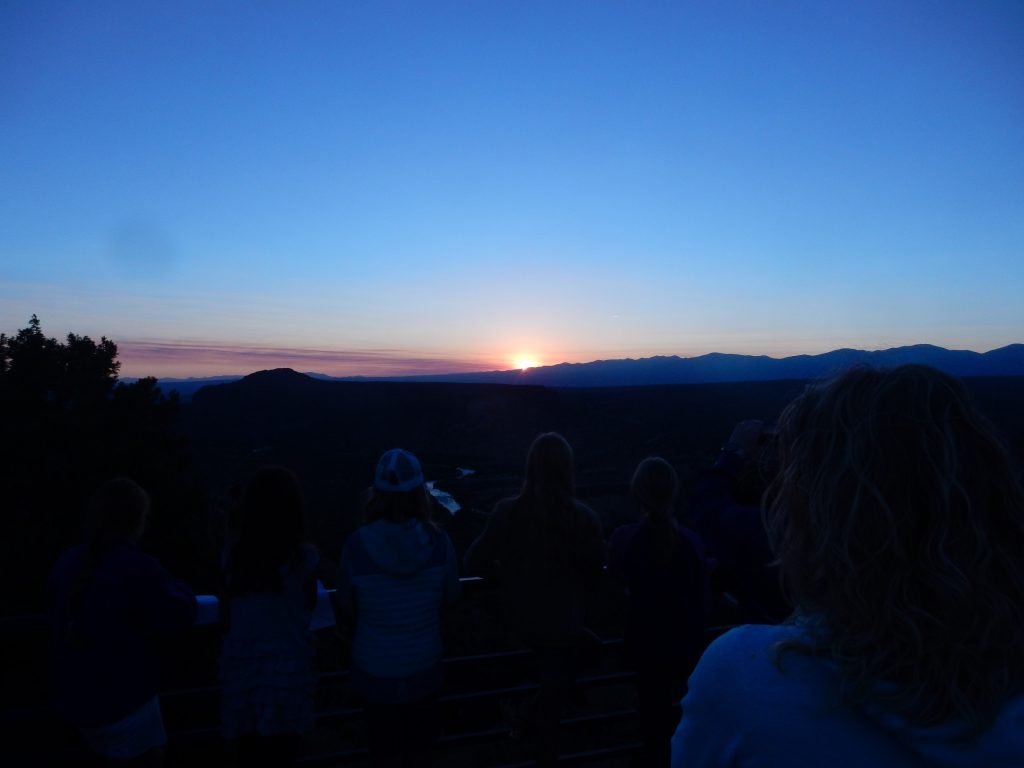 No pictures of my short lesson on the solstice, alas, which involved a large yellow ball, a small globe, and an enthusiastic 9-year-old volunteer.