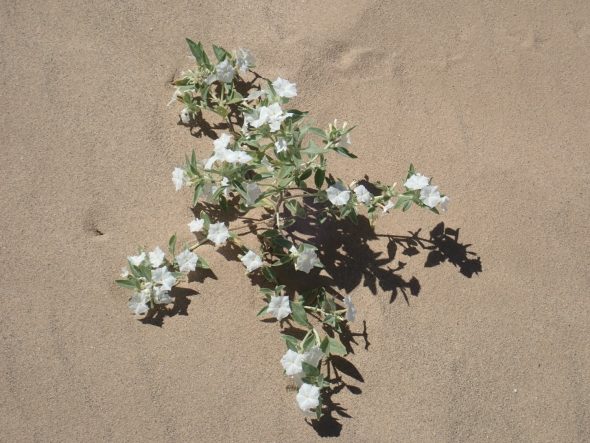 I’ve lost a fair number of older fish from my tank the last two months. Most were ones that I had had for several years, and the other fish in the tank seem okay, so I’m crossing my fingers and hoping it’s just old age.

But it meant I needed to find a good fish shop and get some more fish to restock the tank. And that meant heading to Albuquerque, since there’s only one decent fish shop in Santa Fe and its stock is sometimes limited. This would also be an opportunity to try for another type section photograph or two.

For new readers: A type section is a place where a geologic formation is officially named. It’s ideally an excellent exposure of the entire formation. In some cases this just isn’t possible, and a type locality is defined instead, or additional reference sections are added to cover the entire formation. Some older and very famous formations were also defined purely with a type location, since the rules were less formalized back then.

So I headed out yesterday with hiking gear, but also with a big styrofoam cooler for the fish plus some bags of ice to keep them from cooking in the car. The fish would go in the styrofoam box and the ice would go on top of the lid; no use freezing the fish instead of cooking them.

I stopped at my favorite shop first, the PetSmart on Wyoming. I know; but my experience is that almost all the fish people there keep their own aquariums and know their way around fish, which definitely makes up for it being a big chain store. And their prices are better than any small pet shop. Alas, they had only one Boesmanii rainbow; I needed three. But they had the one turquoise rainbow I needed and a couple of snails. No otocinclus. So I purchased what they had and put them in the styrofoam box.

Next stop was the Petsmart at Winrock. No luck on anything. But this was right next to I-40, so I decided my first type section of the day would be the Ceja Formation. I’d then head north on Coors to finish my shopping.

So I headed west on I-40 to the Atrisco Vista exit. From here, a short jog onto the frontage road, then continuing west to Lost Horizon Drive. Then north to a little cluster of houses where I hoped to find a gravel road straight to the type section.

Alas, the gravel road turns out to be gated, with a big “We don’t want yer kind here” sign. I drive further north, and find the FAA radar center is also fenced and posted. I drive slowly through the neighborhood to the south, but there’s no promising out of-the-way place to park and hike around. Durn.

I find myself wondering: Do all these people work at the radar center or at the nearby solar farm? Seems like a nice quiet place to raise kids, but also kind of isolated. I do see some young kids in the neighborhood, and wonder where the nearest school is. At the moment, of course, most kids in New Mexico are doing school online. Pandemic.

I go back to the frontage road and head west, wondering if there might be a gravel road up to the type section from the other side.

Along the way, I see what looks like the southernmost of the Albuquerque Volcanoes.

(For new readers: Almost every image at this site can be clicked for a higher resolution version, and almost every blue link takes you to Google Maps for the location.)

Perhaps not; it’s not lined up with the main Albuquerque Volcanoes, being much further west and south. But that dark rock sure looks like cinder. Turns out this is identified on the geologic map as Cerro Colorado, “Red Hill”; a very common location name in New Mexico. There’s another Cerro Colorado near Ojo Caliente and a third southeast of Santa Fe, and that’s just off the top of my head. But the map also tells me the cap rock is dacite. That’s just a big different and unusual. Most little isolated cones like this one erupt basalt cinder. Dacite is a much more silica-rich rock. Dacite does tend to form plugs like this, but usually in areas with lots of nearby volcanism. And the dacite has a radiometric age of 7.16 million years, according to the geologic report. This is something that was buried by rift sediments, then exposed again by erosion relatively recently, in geological terms.

I don’t see any promising road to the north from the frontage road. Ahead is another big travel center. This has some roads headed north but I don’t know where they lead and I don’t have the time to find out. I turn back around.

Here’s a shot to the northeast of the distant escarpment of the Llano de Albuquerque, the geomorphic surface underlain by the Ceja Formation.

This is the final depositional surface in this part of the Rio Grande Rift, estimated to be about 1.8 million years old. After that time, regional uplift brought an end to sediment deposition in the Rift, and erosion kicked in instead. We’re in the valley of the Rio Puerco and erosion has eaten back the Llano de Albuquerque surface a good four miles from the river. To the east, in the valley of the Rio Grande, erosion has likewise eaten into the eastern side of the surface, leaving a narrow ribbon of high, flat, ground between two escarpments that extends well north and south of here.

It’s not a great shot; kind of a desperation shot, actually. But you can make out the band of light calichified gravel that tops the surface.

There are some dark outcrops in the road cut as I near the escarpment. Ceja Formation?

Doesn’t really fit the description of a gravel. But it does look like outcrops I’ll see later that are mapped as Ceja Formation. The geologic map here does not show Ceja Formation until a short distance to the east.

But to the east I find highly calichified gravel of the mesa top.

This caprock is what has preserved Llano de Albuquerque as a geomorphic surface. The stuff is highly resistant to erosion. It likely formed from calcium-rich groundwater rising to the surface and evaporating to deposit the caliche, during a time when sediment accumulation had ended but erosion had not yet kicked in.

I decide to drive up to the radar station one more time, in case I missed something. Turns out I did:

The gate is open and the area does not seem to be posted. Well, then. I park across the road, put a big bag of ice atop the fish box, don gear, and start hiking. I’m a little nervous about taking my car down this road; it would be awkward if the gate was locked when I came back.

There are a couple of guys doing some sheet metal work in their back yards in the neighborhood to the north. One comes out and waves. I wave back. It seems to be okay.

The road turns south at the escarpment, so I have to strike out on my own.

I really can’t blame the landowner to the east for gating off his land. There’s something about open ground in the middle of nowhere that invites dumping.

Looking across a gully at the escarpment.

Hole eroded through the caprock.

If I just wanted a picture of the Ceja Formation, this would be splendid. And I may yet upload this to Wikipedia. But I really want the type section, which is further north. I find that the escarpment runs into a fence next to the radar dome, but here there is a faint jeep trail that takes me north along the fence past the solar farm and to the southern escarpment of El Rincon, where the type section is located.

“El Rincon”, “The Corner”, is another common place name in New Mexico, particularly applied to things like box canyons.

The southern rim is capped with honest-to-goodness sand dunes.

And on the far side is El Rincon.

And here’s the Ceja type section.

Not ideal. The best time would probably be an early spring morning, for ideal lighting. But it will do.

I take a couple more pictures, as insurance, but then I’m done and start back. I take a moment to admire a wildflower.

Desert morning glory. I can add this to my “Life Persists” collection.

Then back along the jeep trail. I find the trail crossing what looks much like river gravel.

That would not be entirely out of place here. But it may be construction gravel brought in from elsewhere; I’m right next to the radar station.

The trail goes up a little hill, rather steeply, and steeply down the other side.

Well, I did wonder what kids out here did for fun. Apparently they mountain bike.

The car is still there and the fish seem okay. I guzzle some water (it’s a hot day) and head back to the Coors exit. I find a shopping mall where there is a Home Depot (I pick up some bar and chain oil; one of my trees needs trimming) and a Walmart (some groceries for the kids) and the Petsmart. The Petsmart, alas, has neither rainbow fish nor otos.

It’s getting late enough, and my fish have been in the box long enough, that I decide not to try for any more type sections today. I take time only to stop at the Petsmart in Santa Fe. To my delight, they have some Boesmanii rainbows and I purchase two. But no otocinclus; they don’t seem to be available anywhere. Pandemic, I suppose. Rainbowfish can be bred and most sold in shops are. Otocinclus are all wild-caught; there are swarms and swarms of them in the rivers of the eastern Andes foothills, they are in no danger of extinction, and they’re hard to breed. But I’m guessing the pandemic has pretty much shut down shipments.

I get home, do some water changes in the tanks, and put the new fish in the quarantine tank. They all look reasonable good this morning, and a couple of them eat some flake food; the others may just need a while to figure out the feeding routine. If they make it past 48 hours, in my experience, they usually will do okay.

I did do some hiking last weekend, but it was for a presentation I’m tentatively scheduled to give to the Los Alamos Geological Society on September 15th. So it seems right to hold off posting those photos until after my presentation.