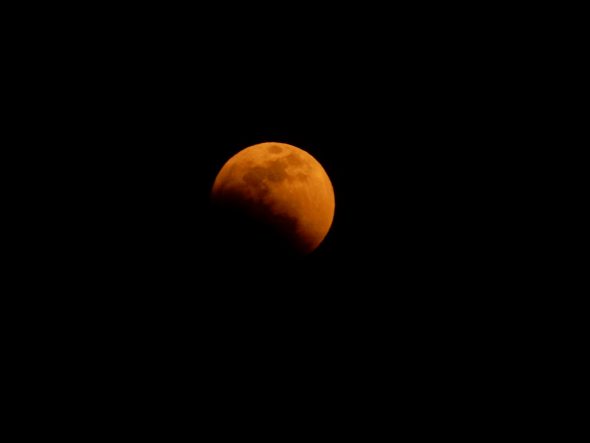 This week I attended the 2020 Fall Field Conference of the New Mexico Geological Society.

The New Mexico Geological Society has held an annual fall field conference since 1950. The participants spend about three days driving around a geologically interesting area in New Mexico or (occasionally) an adjacent state, using a set of road logs published specially for the occasion along with a set of relevant scientific papers. In my experience, all are first-rate. The road logs give directions and mileage along routes that takes you to interesting locations, with good outcroppings or other geologic features of interest. The papers mostly focus on the geology of the conference area and are proper peer-reviewed scientific papers.

I attended the conference in the Raton-Clayton area in 2019, my first time to attend in person (I’ve used the road logs for years), and I had a wonderful time. But then COVID intervened, the 2020 conference was canceled, and the 2021 conference was postponed until last week. That’s how it came about that I attended a 2020 fall field conference in May of 2022. But we were well rewarded for our patience. The conference was motivated by a recent thorough remapping of the Mount Taylor area by geologists Fraser Goff, Shari Kelley, Cathy Goff, David McCraw, Robert Osburn, John Lawrence, Paul Drakos, and Steven Skotnicki, and arrangements were made for us to see some areas that are not normally open to the public, including parts of the amphitheater (the central valley) of Mount Taylor.

Mount Taylor is a stratovolcano, a volcano formed by eruption of intermediate lava. In other words, the lava that built the mountain was intermediate in composition between low-silica basalt and high-silica rhyolite. Such lava usually solidifies into a type of rock called andesite. Because silica makes lava viscous, low-silica basalt is relatively runny, with a viscosity that is close to that of ketchup, while rhyolite magma is extremely viscous, with a viscosity close to that of roofing tar. Andesite is somewhere between, with a viscosity close to that of smooth peanut butter. This intermediate viscosity allows andesite to flow out of a volcanic vent, but it cannot flow far from the vent before solidifying, so that the lava piles up to form a classical volcanic cone. Some batches of lava are more viscous or more gassy and erupt explosively, scattering chunks of volcanic rock (pyroclastics) over the sides of the volcano. The volcano thus is composed of alternating layers (strata) of massive lava and beds of pyroclastics, which is why it is described as a stratovolcano. Such volcanoes are also sometimes described as composite volcanoes.

Not all the volcanic activity was associated with intermediate volcanism. Some flows were lower in silica and formed extensive black flows of rock that form mesas fringing the central volcano. Other flows were higher in silica and erupted explosively to form tuff, a type of volcanic rock consisting of volcanic ash that has become consolidated into rock. In addition to the volcanic geology of the area, Mount Taylor is in the middle of a uranium mining district that once supplied much of America’s uranium. As a result, we’ll get a look at a wide spectrum of geology at this conference.

Gary Stradling and I will attend the conference together. Gary had a granddaughter getting married in Utah the Saturday before the conference, but hurried home Sunday to pick me up and head out to Grants. Much of the first part of the drive was familiar ground, so we drove nonstop, checked quickly into the hotel, and arrived at the El Malpais National Monument visitors’ center in time for the last few minutes of the conference icebreaker.

For newcomers to my blog (Welcome!): Almost all images at this site can be clicked for a higher-resolution version, and many of the blue links take you to the location on Google Maps where the photograph was taken.

We were able to pick up our registration packages, meet a few people, and eat the last of a light supper of Navajo tacos and corn soup. We also learned that there was going to be a total lunar eclipse this evening. I’m a bit embarrassed; my Ph.D. is actually in astronomy, but I had no idea.

We returned to our hotel just in time to try our hand at photographing the eclipse. My camera is a Nikon Coolpix S9700, and one of the reasons I use it instead of just buying a high-quality cell phone is its good deep optical zoom.

The camera struggled a little; I had to take about five images for every one that came out. The beauty of digital cameras is that you have plenty of electrons, so you can take a lot of pictures and throw away the bad ones.

This was a fairly dark eclipse. I’ve seen some where the Moon appeared bright coppery red while in the Earth’s shadow, indicating that the light refracted around the edge of the Earth (as seen from the Moon) was relatively unobscured by clouds and dust. During this eclipse, the Moon was so dark that you had to look sharp to see it from the hotel. There must have been a lot of cloud and dust in the parts of the Earth’s atmosphere that were edge-on to the Moon and Sun.

Gary and I unpack camping equipment into the hotel room; we won’t need it during the conference. After that, we plan to head further west for a little more geology and camping. However, I’m keeping a sharp eye on the fire advisories and weather. Fire restrictions are already Stage II, meaning no open flames in national forests. This rules out even a camp stove, so we have brought a minimum of cooking gear and plenty of prepared food. If the restrictions go to Stage III, that means the forests are closed completely, and we’ll need to change our plans.

Next: Triassic and Jurassic stratigraphy west of Mount Taylor