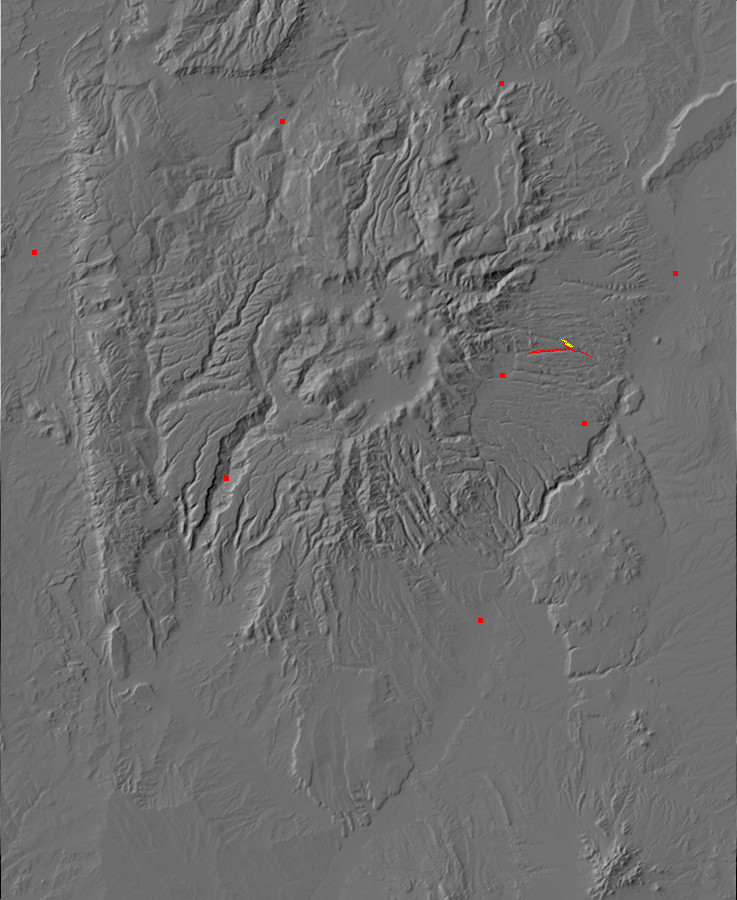 Welcome to this week’s installment. 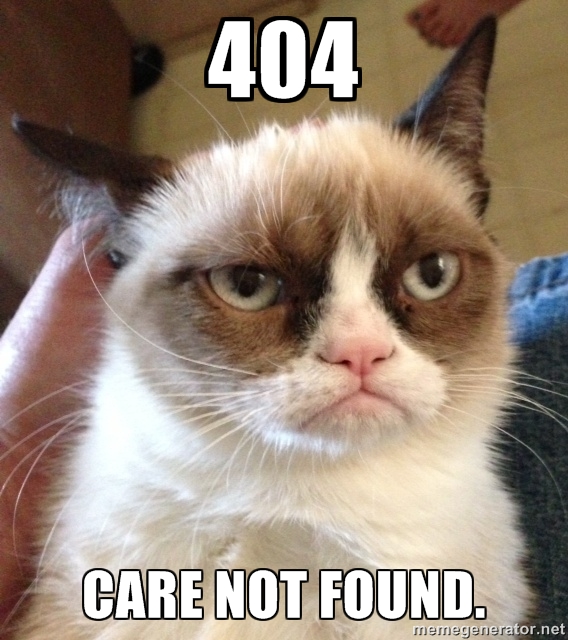 So this week I thought I’d explore around the Pine Spring area north of Los Alamos. There’s not a trail here, particularly; the map shows forest roads into the area, and there are all kinds of different rock formations clustered within half a mile of the spring. Just the thing, if you are into going to and fro in the earth, and up and down in it.

We pick up the trail where San Ildefonso Street in the Barranca Mesa subdivision turns into Rendija Canyon Road: 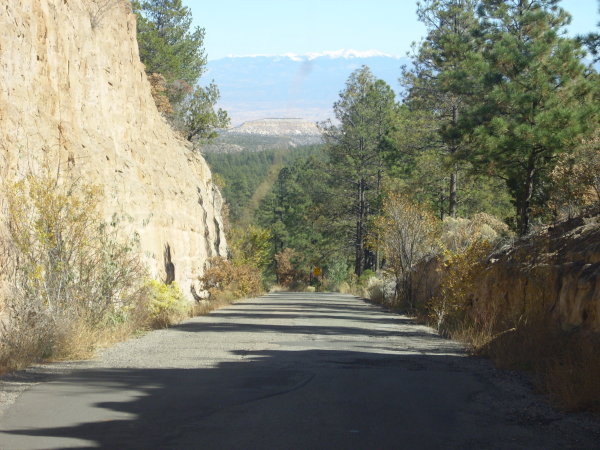 Rendija Canyon has a couple of interesting geological transitions. Near the Sportsman’s Club, which is the county rifle range, we see a transition from the Guaje Member, Tschicoma Formation, Polvadera Group, to Bandelier Formation: 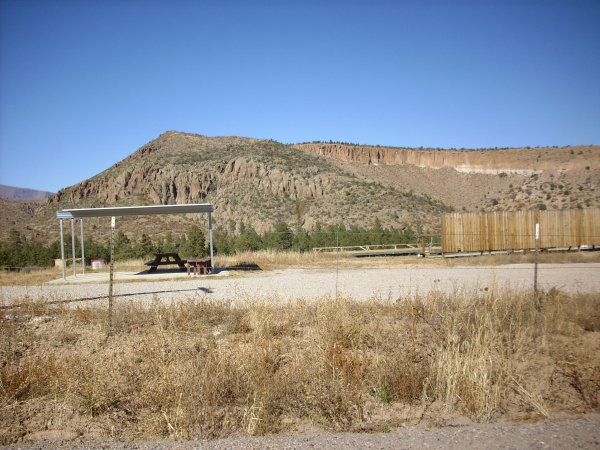 Further down, we reach the Puye Formation: 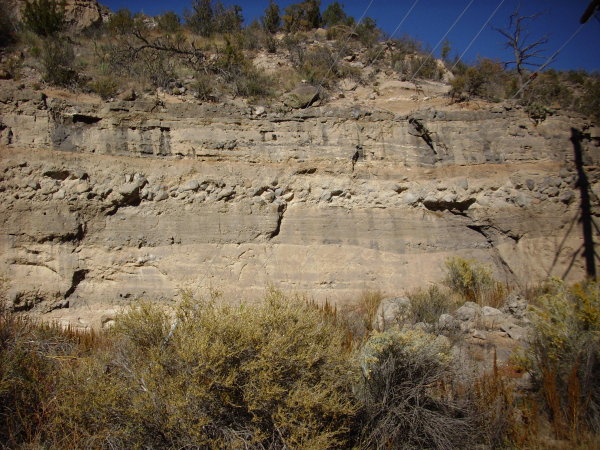 The Puye is a very thick alluvial fan; that is, a thick deposit of rock and dirt washed down from the early Jemez mountains over the last few million years. It is now being eroded in turn and forms some spectacular bluffs on the road from Los Alamos to Espanola.

In this photograph, you see various layers of clay, sand, and boulders. The boulder layer must have been deposited by something like a landslide or flood at some point; the individual rocks (clasts) are larger than a man’s head.

There are some remarkable formations (in the conventional sense of rock features) in the Puye: 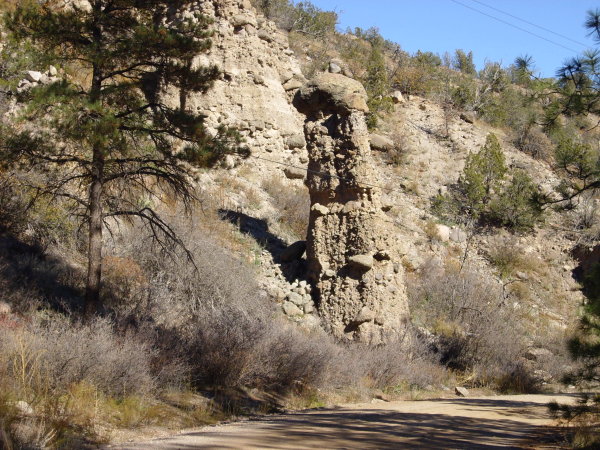 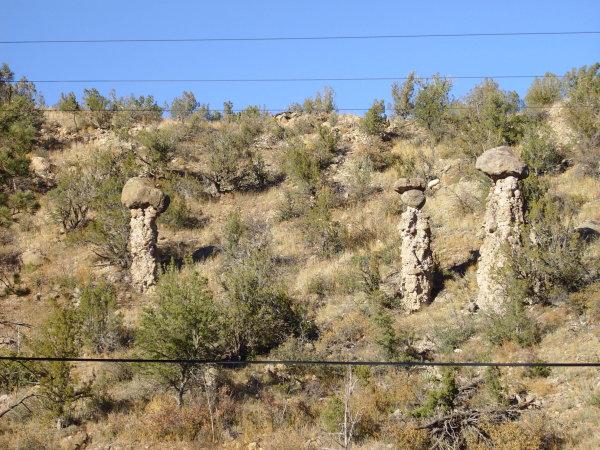 These kinds of rock structures are found here and there throughout the area.

The road is pretty good along most of the canyon. There are concrete pads at places where there is potential for flooding during rain storms, to keep the road from washing out. However, we had some very severe flooding this spring, with spectacular results at this point: 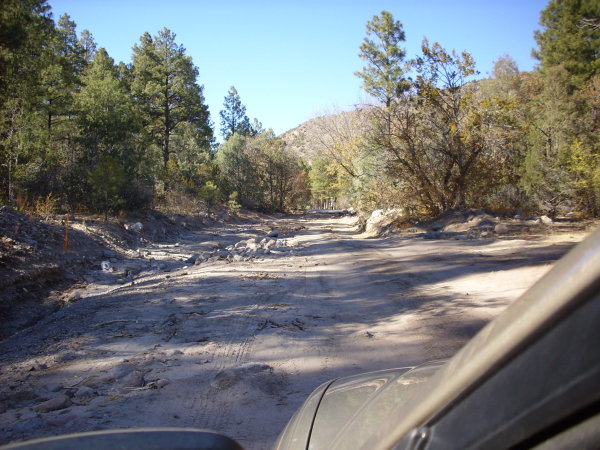 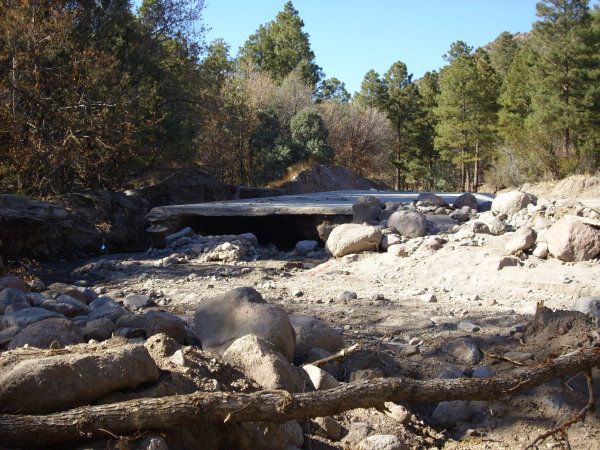 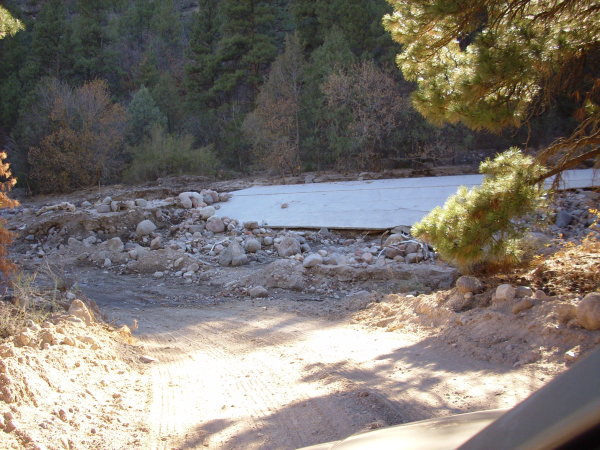 Yup, the concrete flood ramp completely washed out. This is an illustration of the power of flash floods during the monsoon season when the watershed is denuded by fire and channels into a narrow canyon.

So the road then turns up a cliff of Puye formation, and I confess I finally lost my nerve: 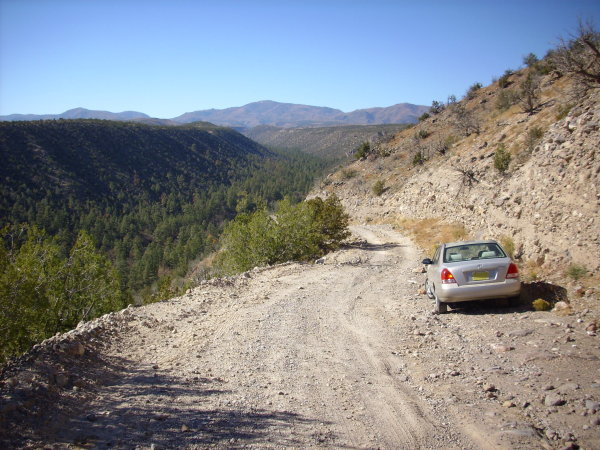 From here I hiked a bit further, but never got close to Pine Spring. Which, it turns out, is easily accessible by a much better road that unfortunately crosses Indian tribal lands; and they charge a toll. I’m probably going to go ahead and pay the toll next time.

Naturally, it turned out I was over the worst of the road at the point where I turned the car around, had I but known. Probably just as well; while the road is very passable for a four-wheel vehicle with decent ground clearance (I saw several while hiking), it really is no road for my Korean clown car.

Atop the mesa, I discovered extensive pumice beds. This has actually been mined, here. A photo: 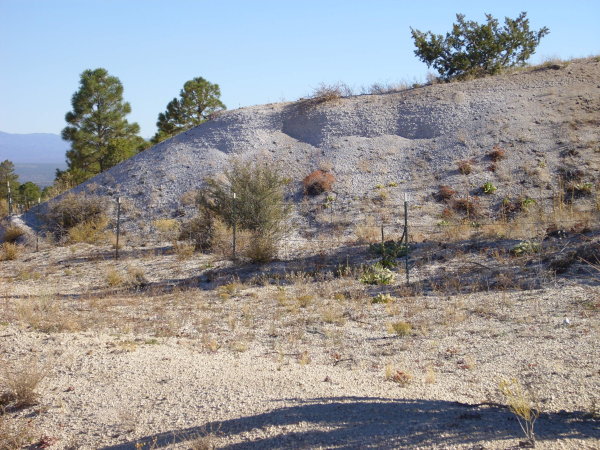 Some of this pumice sits on top of a weathered surface of Bandelier Tuff: 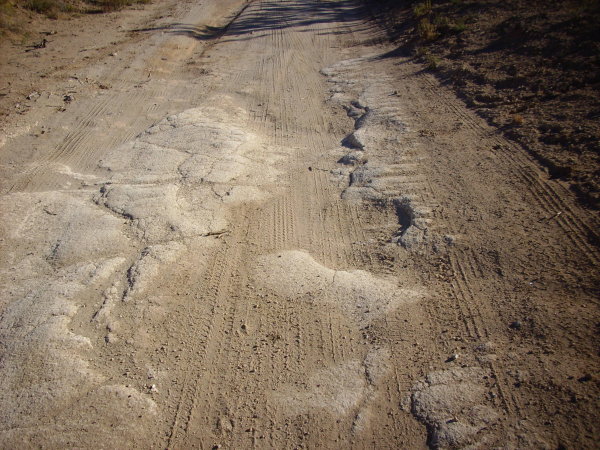 so it can’t be more than 1.6 million years old. Judging from its location, it’s probably pumice from the Cerro Toledo interval, erupted between the two eruptions that formed the Bandelier Tuff, or 1.2 to 1.6 million years ago. There is not an online geological map for this quadrangle, unfortunately.

One of the beautiful Bandelier Formation mesas in the area: 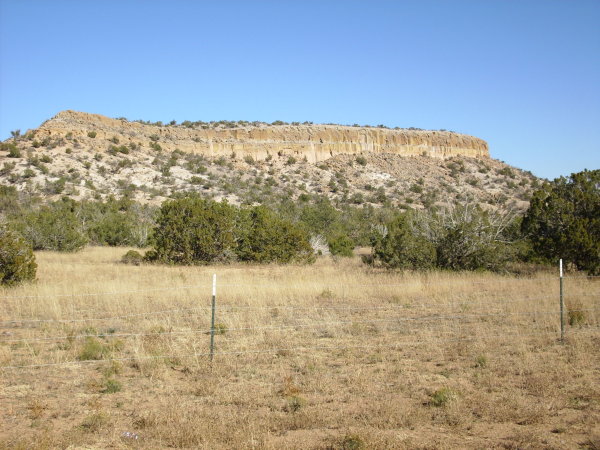 You can see a very definite cooling unit boundary near the top.

There were some very large rock outcrops on the road, which could easily be mistaken for bedrock. However, I found Lobatto andesite: 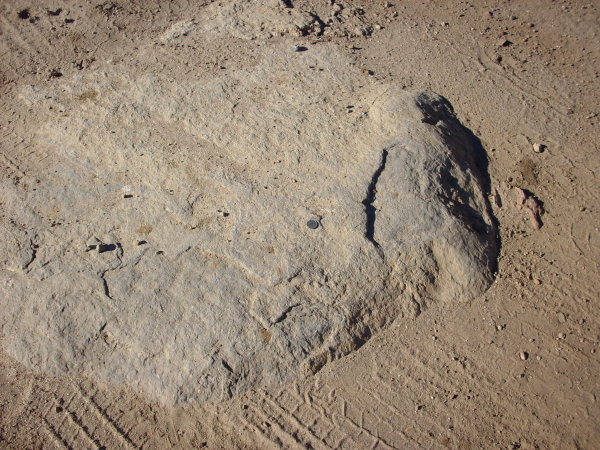 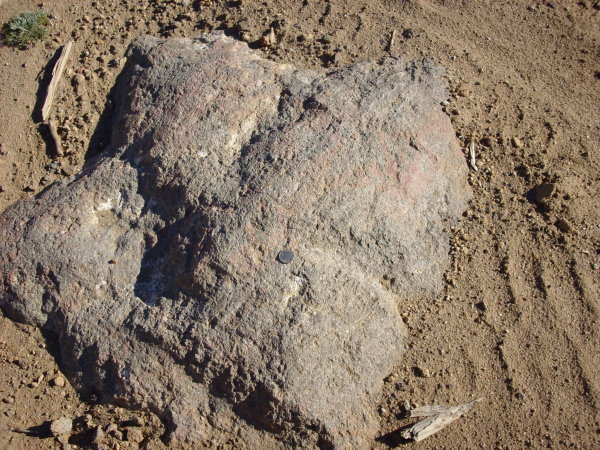 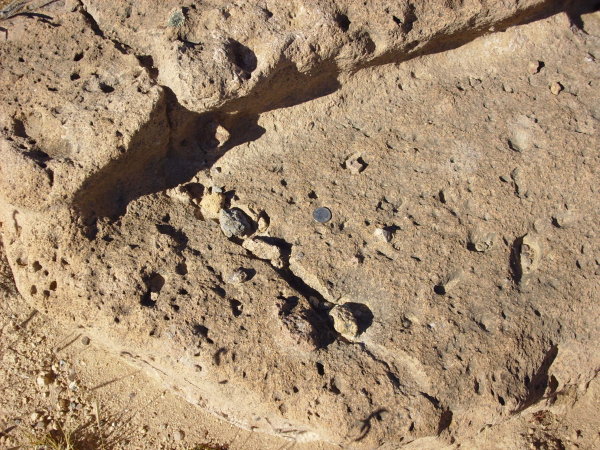 all within about 50 feet of each other. These are very large individual boulders embedded in the Puye formation.

You get some idea how large the boulders can be from this: 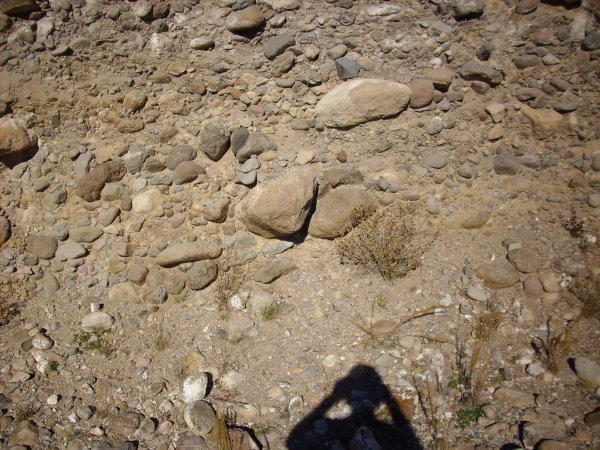 where my shadow provides scale. Further down the cliff, there’s one boulder the size of a Volkswagen, but I didn’t stop for pictures because I was busy trying to navigate my car along the rotten road.

So while I was hiking, I heard gunfire from the Sportsman’s Club: “Pop … pop … …. pop … KA-WHANG!” Wait, what? Heard a couple more very large detonations among the rifle fire. Well, we have at least one guy in town with a machine gun permit (I watched him hose down a target with fully automatic fire at the Club once) so maybe someone owns a bazooka permit?

Headed down the canyon to take a photo of the Guaje tent rocks: 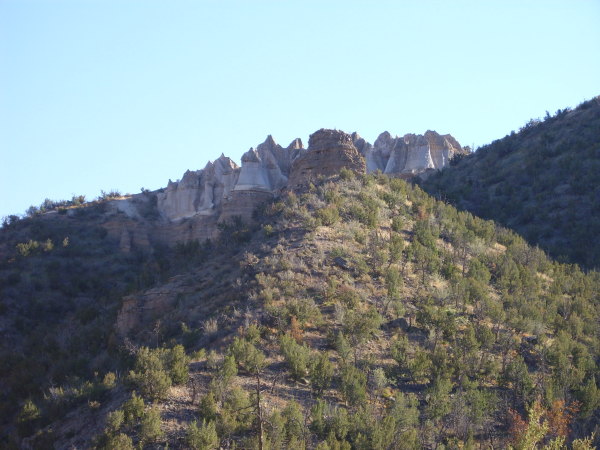 At the pullout, there were a couple of guys with a truck and a rifle. As I took my photographs, I heard a very close up “KA-WHANG!”. I commented to one of the guys that that sounded like a very respectable caliber gun he had there. He kind of laughed and explained that, no, they were firing at explosive targets.

These are plastic containers containing about a cup and a half of ammonium nitrate, into which you mix powdered aluminum just before shooting. This forms a fairly insensitive explosive that take a rifle bullet to set it off. The result is fairly impressive. 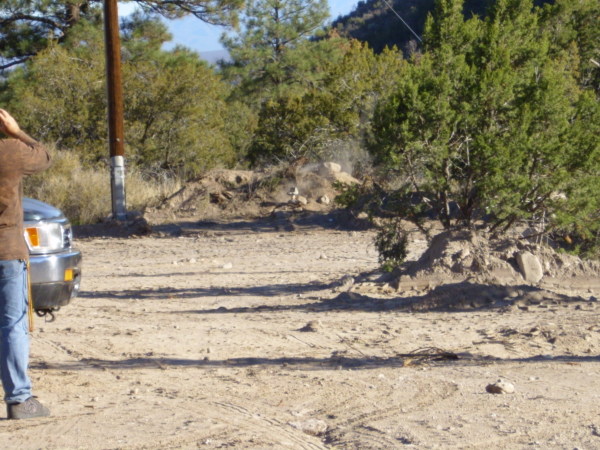 Second shot: Did not miss. 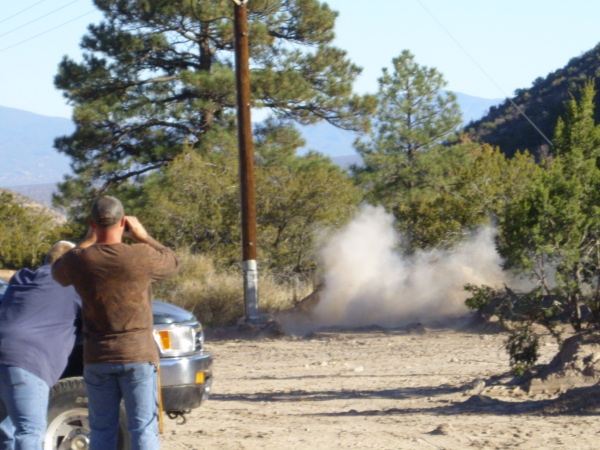 Hey, I wonder where I can get some?

I think I have a number of fun activities in mind next time any of you care to visit.